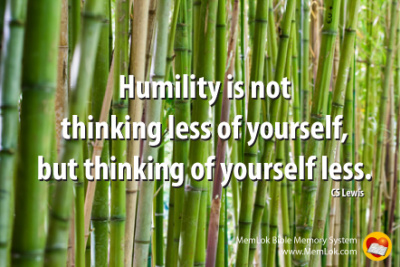 The Benefits of Being Humble Can Show Up When You Least Expect, But that Happens Only If You Keep Practicing Humility in Everyday Life

Many people have the wrong idea about God, the Bible, and humility.

Acting with humility does not mean groveling in front of others or thinking other people are more superior to us.

That's not what the Bible says. God says when you are humble, you are free from pride and arrogance.

You know that in your flesh you are inadequate, yet you also know who you are in Christ.

You don't need to defend yourself when you understand what the Bible says about humility, for you know who you are in Christ.

The enemy plays with the tactic: "My hard work has brought me all my success."

But here’s what God says:

“Then went king David in, and sat before the Lord, and he said, Who am I, O Lord God? and what is my house, that You have brought me this far?” 2 Samuel 7:18

The perspective we need is this:

"A great man is always willing to be little.”― Ralph Waldo Emerson

1) Speak as little as possible about yourself

There is a difference between someone who is boastful and a braggart, and someone who speaks with confidence.

Everyone know’s that guy. He can’t help but tell everyone how awesome he is.

But the truth is–if he was really that cool, why would he have to tell everyone?

Practicing humility means you speak and act with confidence, but you never have to talk about yourself.

2) Mind your own business

The reality is, whatever the situation, you don’t know the whole story.

So mind your own business and stay out of everyone else's.

Except in the rare occasions when someone specifically ask you for help, keep your advice to yourself.

No matter how well-intentioned your motive.

Curiosity not only killed the cat, it killed many a friendship.

There is a big difference between showing interest in another person and being an annoying, persistent interrogator.

If you think you're starting to cross the line into being nosy...you probably have gone too far. Dial it back a bit.

5) Accept contradictions and corrections with a smile

There are going to be times when someone is going to disagree and try to correct you for something.

Whether they're right or wrong, it doesn't matter - and your response should always be the same.

First, don't take anything the other person says personally.

Accept the other person's opinion and give up any need you have to prove you're right.

When you do this, be sure to keep your non-verbal cues in check.

Accepting someone's opinion, but appearing emotionally overwhelmed with your arms folded and a scowl on you face won't help.

Smile, and accept the other person's opinion as just that...an opinion.

6) Ignore the mistakes of others

There's a saying I like which goes something like this, "People will always forget what you told them, but they will never forget how you made them feel."

Instead of throwing people's mistakes back in their face, use these times as your opportunity to show your humility.

Something along the lines of, "That's OK, I used to make the same mistake all the time." will go a long way toward showing your true humility. It will set you apart as a leader too.

7) Accept insults and injuries when directed your way

Don't take things personally. When someone throws insults your way, be assured the problem they are dealing with is not you, it's something else.

8) Accept being slighted, disliked or forgotten

We all have a human need to be relevant.

But sometimes life moves on and, well...we aren't as relevant as we once were. Recently I saw a bumper sticker that made me laugh out loud. "I used to be cool."

If you ever left a job and then returned a month later to visit and nobody remembered you...it's nobody's fault. Life just moves on.

So when your coffee barista forgets your name, or the store clerk is rude, and people don't return your calls like they used to...don't take it personally. Accept it and say, "But of course...this is normal. It's not about me."

9) Be kind, even when provoked

Being kind, even when provoked, allows you to be a positive force in people's lives.

The act of being kind brings meaning to your life and rubs off on others. After all, it's difficult to stay angry with someone if they respond with kindness.

What’s Your Pick to Practice Humility Right Away?

These 9 ways to maintain humility in everyday life is a great starting point. But you can take a big leap in practicing humility if you add memorizing scripture on this topic to the equation.

After all, it’s always nice to be humble and stay consistent as fast as you can.

With MemLok you can achieve humility in everyday life faster than you can imagine. Because the verses you will memorize will become your heartbeat. And it’s the heartbeat that tells others you are alive.

Get the MemLok Meditation system for memorizing and retaining scriptures on humility.

My favorite app This app is so awesome It is the easiest way That I have ever used . I could never memorize scripture before this app .Now MemLok has made it easy. Thank you. Jerry McDonald