What Comes Before Almighty’s Shadow? 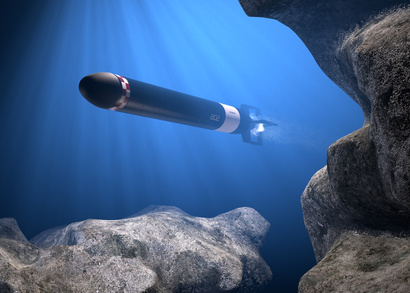 Chances Are You Read Psalm 91 Daily but Wondered How You Can Abide in the Shadow of the Almighty. Just Focus on this Verse and You’ll Get the Answer.

We know that Psalm 91 is the psalm we pray for protection. Many Christians pray it almost daily.

But let’s just focus on the very first verse.

"He that dwells in the secret place of the most High shall abide under the shadow of the Almighty." Psalms. 91:1

Before we get to understand this key verse, let’s see it in action.

Here’s a situation in which a young U.S. Navy sailor from Texas found himself. He told of a time when his ship was under attack from the air and from an enemy submarine at the same time. All battle stations were in operation when the sub came within firing range and loosed a torpedo directly toward them.

At that moment, the young man realized it was the exact time that his mother would be saying Psalm 91, so he began quoting the psalm just as the torpedo's wake appeared, heading directly toward their battleship.

However, when it was just a short distance away, it suddenly swerved, passing the stern and disappearing.

But before the men had time to rejoice, a second torpedo was already coming straight toward them.

"Again," he said, "as the second torpedo got almost to its target, it suddenly seemed to go crazy, causing it to turn sharply and pass by the bow of the ship. And with that, the submarine disappeared without firing another shot."

The whole ship must have been "under the shadow of the Almighty" because it didn't receive as much as a scratch from either the submarine or the planes flying overhead. From "Find Your Secret Place in God" by Peggy Joyce Ruth

Is this story true? Yes!

Did God really save this boy? Yes!

Can I expect God’s protection if I say Psalm 91 daily?

Yes, but it depends.

The first portion of the verse says, he who dwells in the secret place of the Most High…

Now stop right there and focus.

What is the secret place of the Most High?

It’s the presence of the Lord. So close that you are hidden in His shadow – in Him!

You need to run into that intimate relationship with God; so close to Him that you can stand in His shadow.

To enter this place you have to be still (Psalm 46:10) until you shed the worldly layers.

And as you are seeking the Lord, you will find a whirlwind of worldly thoughts and endless imaginations hit you hard. But when you remain persistent and get down on your knees every single day, your focus will shift away from your needs to asking for only Jesus. Coming daily in God’s presence will you bring you to a point where you will ask for no one else but JESUS!

And He’s ALL you need.

How to Make the Process of Entering the Secret Place In Psalm 91 Quick and Easy?

First, go and pray Psalm 91 again. But remember the reason why you are saying the words in this verse.

It’s all about the presence of God.

And to make it quick and easy, use the MemLok Mobile App to retain this verse and enter the Lordship of Jesus Christ.

“I can't really meditate as I drive my tractor unless I've memorized the verse first. MemLok has made every verse seem as familiar as John 3:16 to me. Now, I'm much stronger in spiritual warfare. The memorized verses seem to "jump start" my prayer life and I'm comparing Scriptures to Scriptures more quickly now. Daryl Swartley